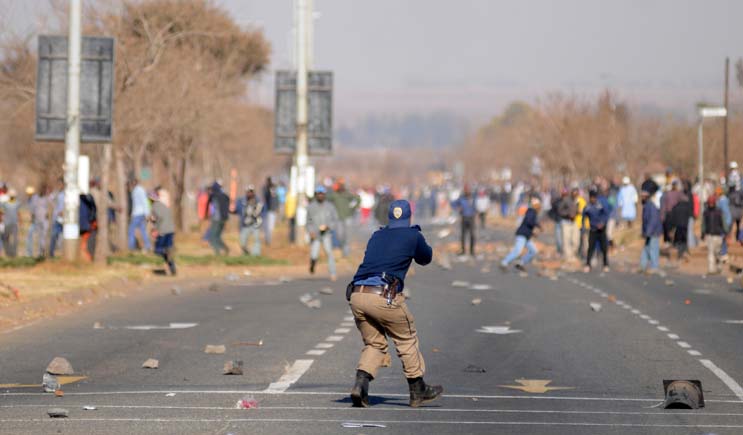 Content marketing can be described as a way to create and share relevant and dependable content to attract and secure a clearly defined audience, while at the same time increasing the company’s profit margin. How it differs from practically every other form of marketing or advertising is that the shared content must have value – people will seek it out rather than avoid it.

Driving a successful content marketing strategy can prove to be quite a challenge, or it can fall completely flat if key elements surrounding the targeted audience have not been fully researched beforehand. To illustrate, let’s look at a recent scenario in Protea North following Eskom’s installation of Electronic Prepaid Meters:

Residents allege they weren’t consulted before the new prepaid meter roll out, and the meters are too expensive and consequently they don’t want the meters! As a result, Eskom has switched off the electricity in many households. There is a stalemate in that community! Let’s take a step back and review the process Eskom embarked on communicating the New Prepaid Meter Installation Programme.

Community Meetings: It is alleged they used a service provider to organise community meetings wherein their new meter roll-out was explained, as well as the benefits and the community participated in a Q&A session. The challenge with these engagements, is that it means only those who have the time to attend or are available during the sessions will be able to partake in the conversation. Flyers were also distributed in the community to explain the impending installation of the New Prepaid Meters.

Well, well, well is anyone surprised that to protests in Protea?

Protesters say the meter installation programme wasn’t communicated! Protea is a fairly large neighbourhood therefore I find it difficult to believe Eskom managed to engage all residents, and it is reasonable to believe those who were at work didn’t get an opportunity to participate in community meetings. My suggestion to Eskom and other organisations seeking to communicate to a large audience is to invest in an Explainer Video which can be physically delivered to each household, as part of a communication package that is aimed at getting consumers to understand the need for change.

As the 1st phase of its community engagement strategy Eskom should have assumed many households in this suburb have a DVD player, a computer/laptop or a smartphone, therefore distributing the Explainer Videos on a flash drive, burning DVD copies or sending people the video via WhatsApp would give them the opportunity to set the narrative regarding the impending installation of new prepaid meters.

A story scripted in a clever, informative and funny way to give the community enough information on the new prepaid meter programme, including a FAQ’s section would have gone a long way, to ensure by the time community meetings were held the public had the right information on hand.

There is now a stalemate in Protea North, Eskom has had to evacuate the area because their representatives are being attacked, they in turn have switched the power off in houses who haven’t switched to the new prepaid meters. It was evident there would have been resistance to the installation of new prepaid meters as, some of residents aren’t currently paying for electricity. Furthermore, those who are paying needed to be assured the price they paying for electricity isn’t going to increase with the installation of new meters.

These are just a few of the issues bubbling under, and Eskom has a PR headache on hand, and they urgently need to change the narrative regarding the new prepaid meters.

The Prepaid Meters Installation has to happen nationwide and if they can’t communicate and interact with communities, this project is going to struggle to get off the ground. Producing an Animated Explainer won’t change some of the underlying resistance to such a program, however communicating a corporation’s positioning in a medium that’s tailored for the audience can break the cycle of misinformation and put the facts in a palatable manner in the public domain.

It’s up to corporates to continually look for ways they can be heard, with the noise and clutter consumers are bombarded with daily. Flyers and community meetings are integral parts of a communication strategy to drive public awareness, however used in isolation they have their shortfalls.

Setting the agenda in a public environment is key to influencing the topic of discussion, in this instance the community has moved from seeing the new prepaid meters program as a socially responsible initiative to one that’s now filled with malice and resentment towards Eskom.

Animated explainers can be used as part of a Public Service Broadcast Strategy at an affordable rate.

Help your audience retain information and generate increased interest in your service or product, contact BWD for your unique Animated Explainer Video.